Venice is spread across over 100 small islands connected by over 400 bridges. The wealth of art and architecture in the city today is a result of its strategic importance and history as a maritime power and financial centre during the Middle Ages and Renaissance periods. Venice is considered the world’s first financial centre and claims to have been home to the world’s first bank founded for the safekeeping of money. Unfortunately Venice now faces a number of challenges which could threaten it’s future including pollution and subsidence (it’s allegedly sinking at around 1-2mm per year). 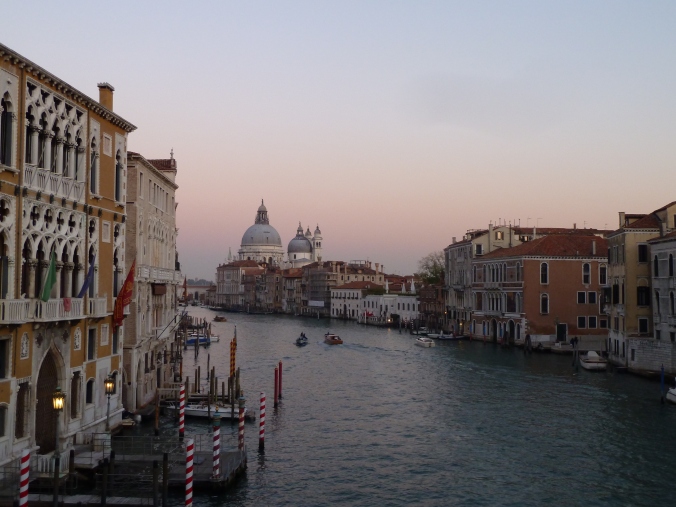 The Grand Canal at sunset

The closest airport to Venice is Venice Marco Polo Airport, but you can also fly into Treviso. Easyjet flies from London Luton and London Gatwick for prices as low at £60 return if you book ahead. You can also fly from Gatwick and Heathrow with British Airways for around £120 return when booking ahead.

If you fly into Treviso (served by Ryanair from Stansted) you can get a bus to Venice from the airport which takes around an hour. It’s far simpler to fly to Marco Polo if there’s a flight that suits your timetable.

From here you can take a water taxi (around €125) or a water bus into Venice to get to your hotel.

Arriving in Venice by water taxi

Where to stay in Venice

Some people stay on the smaller islands to enjoy some seclusion but due to the length of this itinerary and the proximity of the sites to each other, I recommend staying on the main island.

However, Venice isn’t cheap so you may have to shop around for good value accommodation and take advantage of any deals you spot. I always recommend people use Booking.com because it caters for such a wide range of budgets and preferences and allows you to filter results accordingly. In warmer months you’re probably going to pay around £200 – £300 per night for a hotel, although cheaper options such as rentals are good options.

If you’re looking for a special trip then Mr and Mrs Smith is a good site for finding nice boutique hotels. I recommend Hotel Palazzo Barbarigo.

Where to eat in Venice

As with most very touristy places, eating in Venice can be tricky as you can easily end up in a very mediocre place. My recommendations in the itinerary below are not cheap, so it’s more of a blow out itinerary, but there are good places that are cheaper.

Probably the best tip I can give anyone in Italy is to try to follow anyone who looks local into somewhere at lunchtime. Italians tend to go out at lunch for meals and restaurants will offer a reasonably priced set menu to accommodate this. If you can tail gate some locals around then you’ll likely find a decent and reasonably priced place. The two cheaper places I came across were Osteria Antice Stellator and Enoteca al Volto. It’s been a few years since I was Venice but they still both do reassuringly well on TripAdvisor so are likely to be safe bets. 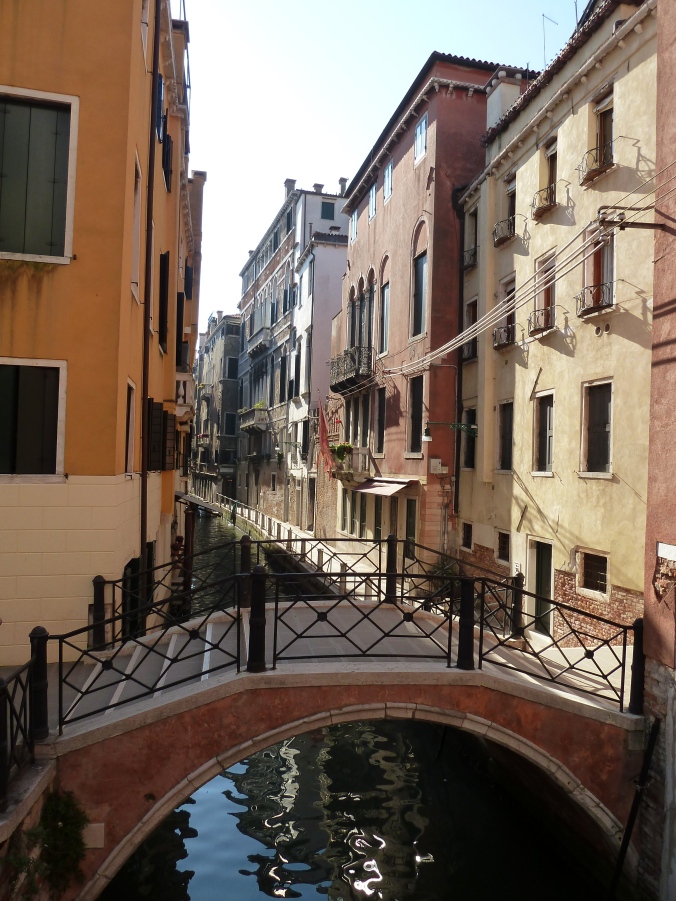 In addition there’s the Caffe dei Frari opposite the Frari which makes a good stop before or after visiting the Frari itself.

My blow out options are Da Fiore and Quadri. Both have a Michelin star and a price tag to match, but you’re in Venice so why not? Check the websites for information on dress codes.

What to see in Venice

Below are the places I recommend visiting if you have three days to spare in Venice. All are marked on the map above.

Visit the Gallerie del’Accademia (8:15am – 7:15pm) for a collection of early Venetian painting including works from the Byzantine era, through the Renaissance and up to the 18th century. The Gallerie displays works from Bosch, Canaletto, Carpaccio, Giorgione, Pierro della Francesco, Titian, Mantegna and others. 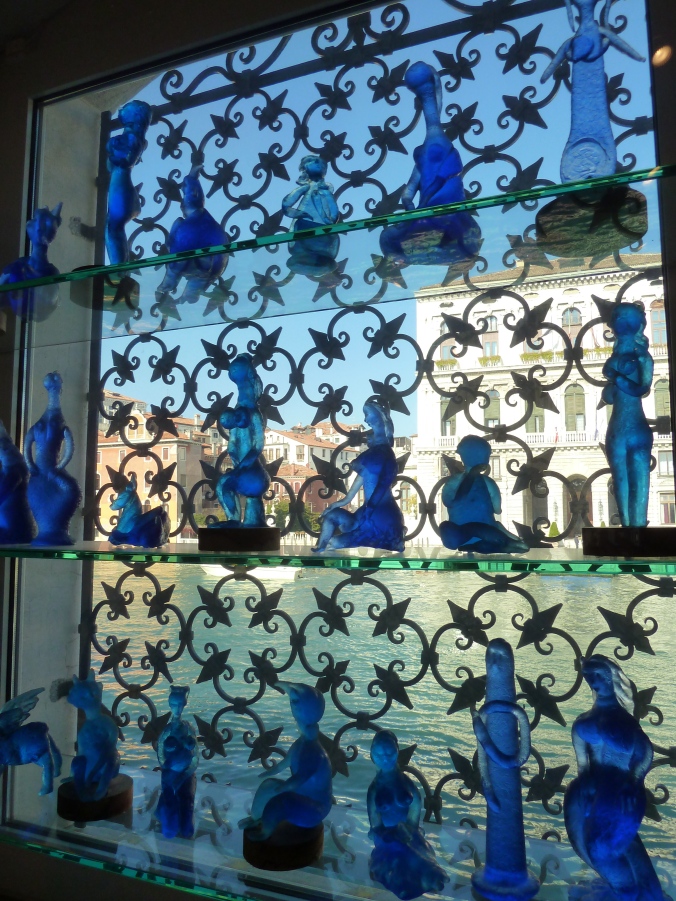 Looking through the window at the Peggy Guggenheim Collection

Next head to the Peggy Guggenheim Collection (daily 10am – 6pm) for a collection of modern pieces housed in an 18th century palace on the Grant Canal. Artists represented include: Picasso, Duchamp, Braque, Giacometti, Magrite and Mondrian.

Inside the Peggy Guggenheim Collection

Visit the 16th century church of San Sebastiano (10am –5pm) which is notable for it’s interior decorations by Veronese, including paintings, canvases and frescoes. There are also paintings from Titian and Tintoretto. The church was built as a votive church following a plague (along with four others in Venice)

Grab a snack at Café del Frari before tackling the Franciscan church of Santa Maria Gloriosa dei Frari (9am – 6pm), ‘the Frari’. The church was completed in the first half of the 14th century but the campanile (the second tallest in Venice) not until 1396. It’s built in the Italian Gothic style although the interior is surprisingly plain and cavernous, a huge contrast to the elaborate décor in San Sebastiano. It contains Venice’s only remaining rood screen and is the resting place of Titian.

Visit the Scuola Grande di San Rocco (9:30am – 5:30pm) for its collection of Tintoretto paintings. The Scuola was built in the late 15th century as a confraternity of wealthy Venetians. Tintoretto was commissioned to produce paintings for the Scuola which are all by Tintoretto or his assistants.

For a memorable first day dinner in Venice, head to opulent Quadri on Piazza San Marco for modern Italian Michelin starred food and probably the best location in Venice.

For endlessly instagrammable shots spend the morning exploring Piazza San Marco, including the Campanile and San Marco itself (9am – 5pm).

Some people walk through San Marco in half an hour; last time I went to Venice I was in there a good two hours. The decoration is overwhelmingly beautiful and an important example of Italian Byzantine architecture. 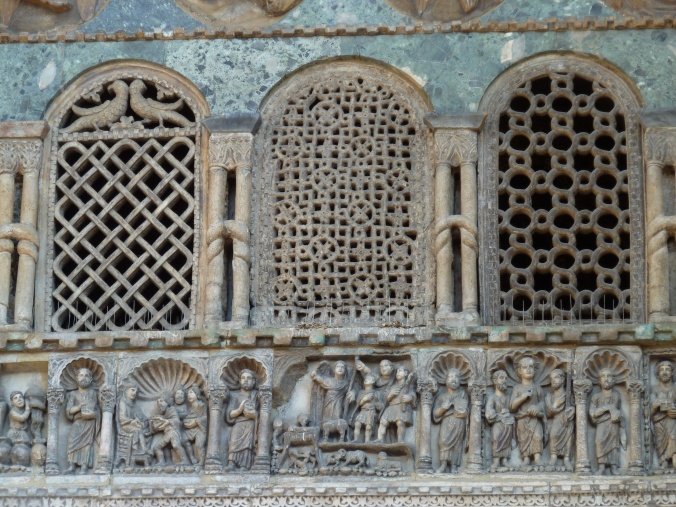 The basilica is connected to the Doge’s palace, having previously been the chapel of the Doge, only becoming Venice’s cathedral in 1807. The Doge ordered the first church to be built in 828 to house the relics of Mark the Evangelist taken from Alexandria. The first campanile also dates from the 9th century. The present building is thought to date from the mid 11th century.

The building was added to and decorated over the centuries, with the addition of spolia from ancient and Byzantine buildings from across the Byzantine Empire which was used in part to clad the exterior, including the porphyry statue of the ‘Four Tetrarchs’, dating from 300 AD and brought to Venice in the 13th century.

Porphyry statue of the Four Tetrarchs

This is one of my favourite buildings in the world, I could visit over and over again. It made such an impression on me when I visited on a school trip aged 11. It’s worth taking plenty of time over to properly appreciate the beauty of the whole building and the intricate detail of the mosaics.

You must also visit the collection upstairs which includes the Horses of Saint Mark. The horses were added to the exterior of St Mark’s following the sack of Constantinople on 1204. Replicas now adorn the loggia above the porch and the original horses are kept safe inside the basilica. They have been attributed, rather romantically, to the 4th century Greek sculptor Lysippos, although historians think a date in the 2nd or 3rd century AD is more likely. Their history is uncertain but they are a rare and beautiful example of Roman bronze craftsmanship.

The bronze horses of St Mark’s 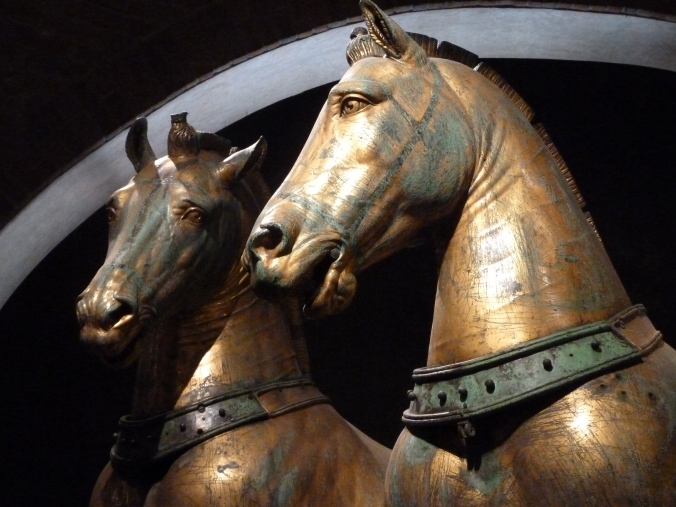 Details of the Bronze horses of St Mark’s

Visit the stunning Venetian Gothic Palazzo Ducale 8:30am – 5:30pm (until 7pm in summer) or ‘Doge’s Palace’. The Palace was home to the Doge of Venice and has been a museum since 1923 allowing visitors to see the Doge’s apartments, the chambers and prisons in the Palace.

Wander back to your hotel via the Calle Larga XXII Marzo for some window shopping.

Have dinner at Da Fiore Restaurant for great seafood and pasta and a unique environment that looks like the inside of a boat.

First thing, visit the island of Torcello at the northern end of the Venetian Lagoon. It was one of the first islands to be populated in the year 452 when Romans fled the Western Roman Empire’s mainland from Barbarian incursions. It was originally a more powerful trading centre than Venice, maintaining close trading ties with Constantinople. Torcello’s importance waned as environmental changes in the 14th century brought malaria to the island and inhabitants began to move to Murano and Burano. Today it has a tiny permanent population of well under 100 people.

Sadly a lot of Torcello’s architectural gems were recycled by Venetians over the years and so much of them have disappeared. One palazzo remains with a cathedral, church, council chamber and archives (now a museum), additionally a basilica and campanile dating from the 11th century remain. The Cathedral of Santa Maria Assunta (10am – 5pm) is the main draw of Torcello and decorated with beautiful Byzantine mosaic work dating from the 11th century. The apse features a Virgin Hodegetria and the west wall is decorated with a crucifix and a large Harrowing of Hell.

Because it’s so out of the way I never visited Torcello on my last trip to Venice but regret not going, so I’d urge anyone visiting to take the trip over there. It’s about 45 minutes each way by Vaporetto. You can get number 12 from the Fondamente Nove stop which is headed to Treporti and alight at Torcello. 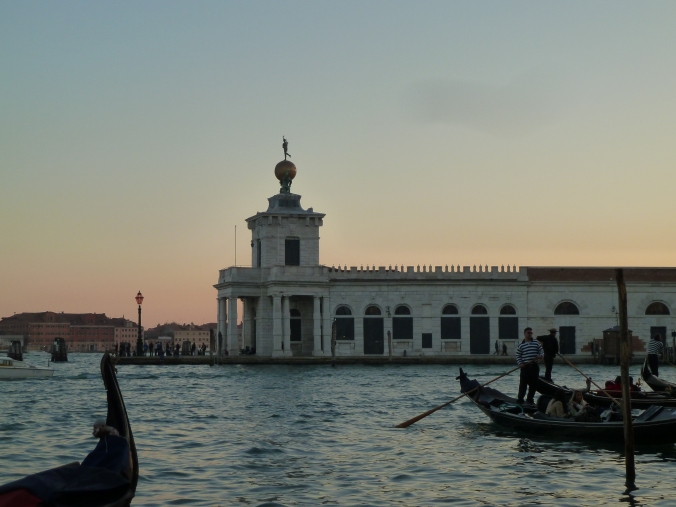 Once you’re back from Torcello, grab a good value meal from Osteria Alla Staffa.

Then head to the Ca’ d’Oro (8.15am – 2pm (Mon), 8:15am – 7:15pm (Tue – Sat), 9am – 7pm (Sun)), a late Gothic palace built in the early 15th century for the Contarini family. It’s last owner, Giorgio Franchetti built an art collection and oversaw restoration works to the palace including the Cosmatesque pavement in the courtyard and reconstruction of an original stairway removed by a previous owner. He bequeathed the palace to the Italian State in 1916.

Afterwards head to the church of Santi Giovanni e Paolo (7.30-1230 and 15.30-19.30), known as San Zanipolo.  The current church was completed in 1430 and is one of the largest churches in Venice, playing host to the funerals of all Venice’s Doges after the 15th century. The church holds works from Bellini and other artists. 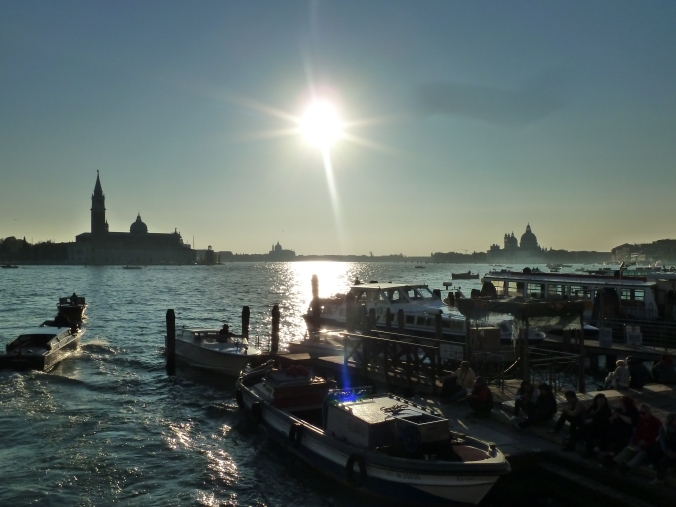 5 thoughts on “How to ‘do’ Venice in three days”