If you’ve got a big appetite and a day to spare, you can do worse than heading to East London to eat your way around Spitalfields and Shoreditch.

An area that Londoner’s know and love, which is gradually becoming frequented by tourists to London too, it should be a firm fixture on anyone’s London travel itinerary.

The one thing everyone knows about this area is that it’s squarely in Jack the Ripper territory. A number of tours criss-cross the area throughout the year, which are probably a good way to see this part of town (although I’ve never been on one)- although I much prefer the approach of eating your way around.

But the history of the area is far more interesting and diverse than the elusive Jack. The area was first made home by French Huguenot silk weaves in the 17th century, hoping to escape the restrictions of the City Guilds by settling outside the City. Terraced houses were built in the late 17th and 18th centuries to house the silk weavers, with some larger houses built around Spital Square. A number of these original Georgian townhouses can still be seen in the centre of Spitalfields, towered over by the 18th Century Nicholas Hawksmoor church, Christ Church Spitalfields.

As the silk trade declined, Victorian Spitalfields became synonymous with slums and poverty, with the once grand houses becoming multi-occupancy tenements. It was against this backdrop that Jack the Ripper stalked Spitalfields and the surrounding area in 1888.

Through the years, the area had continued to be centred on the textile trade, with Jewish settlers first taking over from the French, and later the Bangladeshi community moved in and made the area home.

Its history has conspired to leave Spitalfields and the surrounding environs a fascinating and culturally rich area, where you can sample foods from every corner of the globe, while marvelling at the beautiful architecture, the hustle and bustle of daily London life, and the concrete and glass spectre of the City of London which looms ever closer to the West.

The food tour – what to eat

So what better way to get acquainted with some of London’s diverse history, than to sample its food? I’ve pulled together a self-directed walking tour, which takes in a some of my favourite places to eat, as well as a few other notable sights along the way. The amount of food choices here can seem overwhelming and searching for the best bites can be tricky if you’re not local. The selection below will steer you through this minefield and to some top notch East London eating.

The tour is probably best done as a group of at least 4, to give you the opportunity to try as much food as possible before you’re fit to burst. The loop starts and finishes at Aldgate East Underground station (although you can mix and match with Liverpool Street if it’s easier) and covers about 2.5 miles (4km). It’s all flat and easy walking and you can make it last all day if you want- otherwise go as fast or as slow as your stomach will allow!

Here’s the first half of the map, and then it’s straight on to the food!

I’ve now maxed out the number of stops Google maps will allow me, so the second half of the trip continues on a second map!

I’d love to hear about your experiences if you use any or all of this itinerary, so feel free to get in touch. You might also like my favourite ‘hidden gem’ restaurants in London, which you can read about here.

Blink and you’ll miss them- London is full of amazing restaurants and it’s easy if you don’t know the area (and even if you do) to overlook some gems because they don’t look as cool as their neighbours or the hype has missed them or is waning.

After eating my way around London for the last six years I’ve got a tried and test list of great places to eat that are overlooked for one reason or another. If you’re planning to a trip to London, put a couple on your list and let me know what you think.

There are lots of great places to eat in Borough Market, but this one is really special. A tiny place crammed into some railway arches with a regularly changing menu, it has never disappointed me.

It fairs well on Tripadvisor, but due to its location tucked away under a bridge, it can be hard to find and is easily overlooked in the bustle of Borough Market.

Their secreto iberico and iberico fillet are winners, although everything I’ve ever eaten here has been amazing. Despite not being a fan of desserts and chocolate ones in general, I command that you try their double chocolate and pistachio cake, which is both rich and light. Lobos have also opened a branch in Soho but I’m yet to try it. Three course meal and wine c. £50 pp. 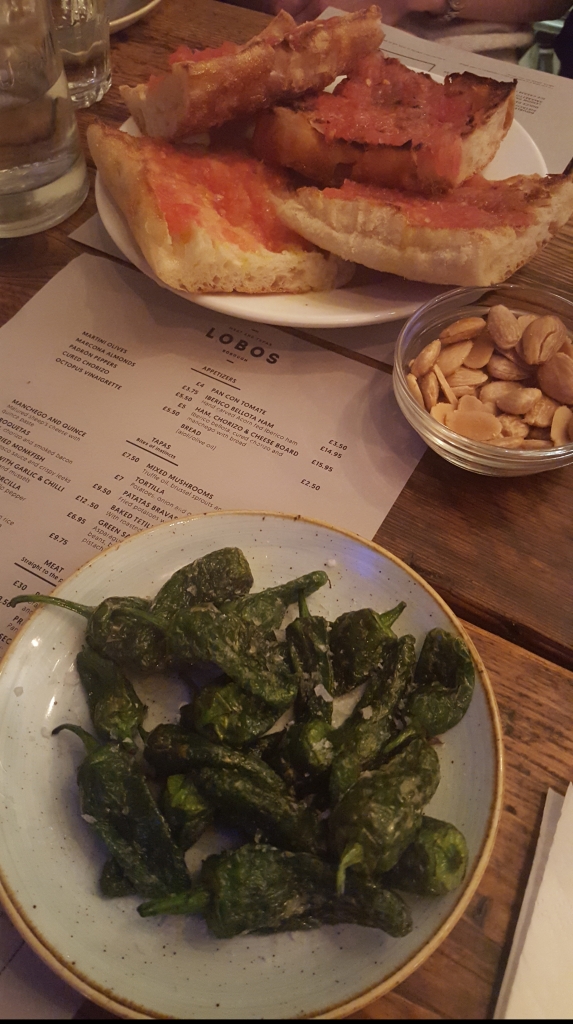 This is the kind of place that survives on word of mouth, because there’s almost no chance you’d walk in here without a pretty strong endorsement. But if you want delicious biryani, chana masala and shami kebab, look no further. The food is made in big batches and then heated for you when you buy it, or you can take it home and heat it yourself. It is unbelievably cheap for anywhere in the country, but for London it’s mind blowing. £4 biryani? Yes please. They also cater for events.

Hidden underground down the side of Debenhams off Oxford Street is, in my opinion, the best steak in London. Most people have never heard of it and those that have are sometimes put off thinking it will have a howdy hedge fund manager Mayfair vibe. It’s clearly popular as an after work hang out, but don’t let that put you off, it’s not ‘that’ kind of place. Beast specialises in Norwegian King Crab and the best steaks from around the world- Australia, America, Spain, Scotland and others all on offer.

The crab is expensive but well worth it, this is like lobster on speed. From the starters menu I especially like the crab and foie gras gyoza and shrimp tempura and don’t forget to add truffle chips to your order. The pros eat four courses: starter, crab, steak, dessert. Finish with the wonderfully light deconstructed cheese cake. The wine list is outstanding but be prepared to remortgage your house. Four courses and wine c. £160 pp. 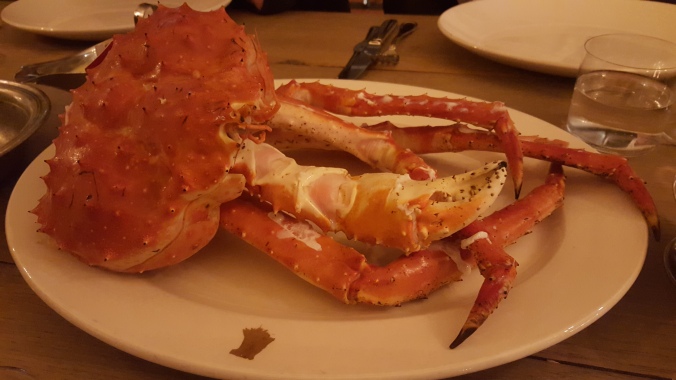 Deli-come-kebab shop on a busy corner of Commercial Street and Shoreditch High Street, this place is constantly busy with people coming in for giros. It looks like any old kebab shop from the outside, but this is proper food, make no mistake. I love the pork souvlaki which comes in a lovely soft pita with tzatziki, chips and salad. Eat it while walking around Shoreditch enjoying the varied architecture and street art. I haven’t tried the deli items, but I will, I’m betting it’s good. Grab yourself dessert while you’re there in the form of some Ion Greek chocolate. You’ve probably never seen it before but it’s delicious and comes in cute packaging as well – bonus.

So small and unassuming it doesn’t even have its own website, Ten Ten Tei delivers great value sushi in a tiny café style restaurant on Brewer Street. It’s a great central location for tourists wandering around London, but you’d never know how good it is from the outside. The menu is absolutely huge, but it’s all such good value you can treat yourself to trying a bit too much. Tempura prawns are excellent as is the sashimi. If you’re looking for great service then go elsewhere, but if you want some very solid food and a few beers without breaking the bank then you’ll struggle to do better.