What to see in two days in Stockholm

How to get to Stockholm

Ryanair, EasyJet and Norwegian fly from Stansted, Luton and Gatwick respectively and for well under £100 return if booked in good time. For not much more you can fly British Airways from Heathrow.

If you’re looking to do this as a weekend away then, according to the current timetables, you have a number of options, including the 19:30 EasyJet flight from Luton and returning to Heathrow at 19:40 on SAS or going out with British Airways or Finnair. There’s a very full timetable so it shouldn’t be difficult finding a flight time to suit. 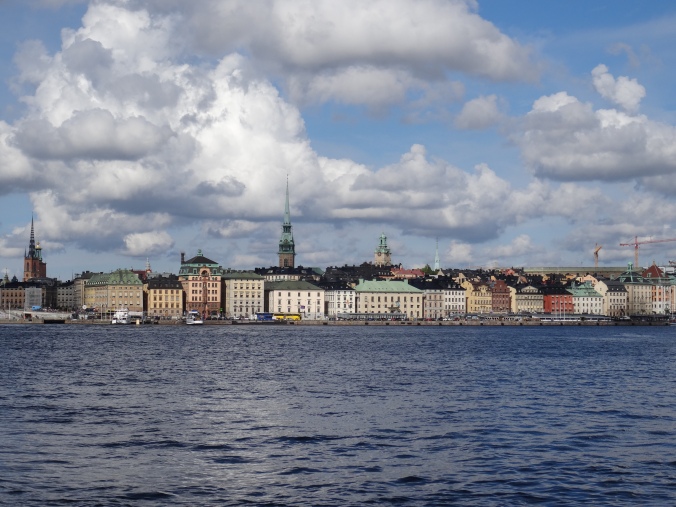 The view across the water from Gamla Stan

Where to stay in Stockholm

This is a tricky one as Stockholm is on the more expensive side so you generally get forced towards the outskirts to avoid paying too much for accommodation. I stayed in a serviced apartment some way out from the centre (but still connected by public transport). I think if I went again I’d stay more centrally to cut down on time travelling in and out.

As a guide, you’d be looking at around £150 a night for 2 people to stay in a decent hotel in Gamla Stan. You can halve this by staying further out and getting around on public transport. 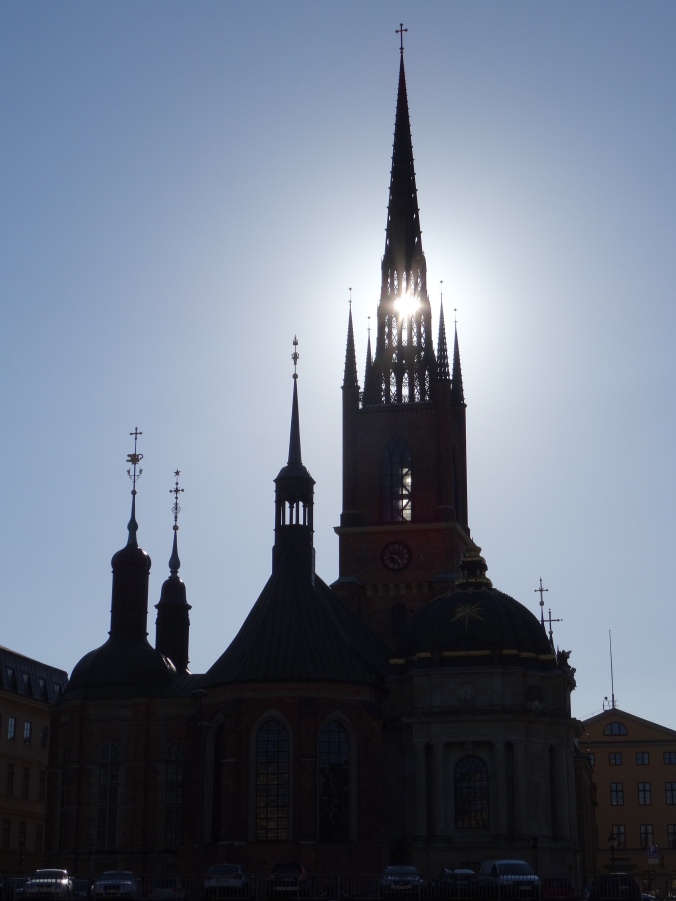 What to eat and drink in Stockholm

When I travel I love to try traditional local food as much as possible, especially if I’m only there for a short time. In Stockholm I tried to hunt out a few places to try local fare like meatballs and reindeer steak.

There is also an historic food market that’s worth a visit for foodies,  Östermalms Saluhall. It opened in 1888 and continues to serve a wide variety of meats, cheeses and groceries and also hosts a number of restaurants, bars and cafes serving traditional Swedish food. The building itself is worth a visit. 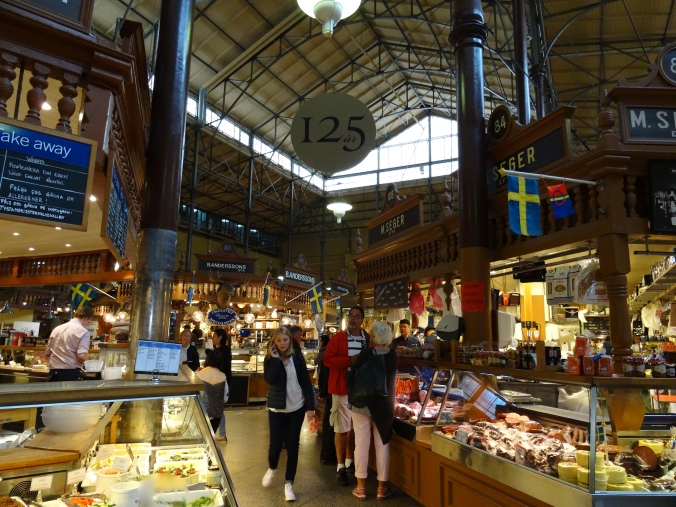 In Gamla Stan you can get traditional food at the well-reviewed Restaurant Kryp In which is very conveniently located while you’re wandering the pretty streets.

Nearer to Fotografiska in the Katarina-Sofia neighbourhood you can try Meatballs for the People for a relaxed vibe and delicious meatballs. Also nearby is historic Pelikan for old world charm and delicious traditional Swedish food. 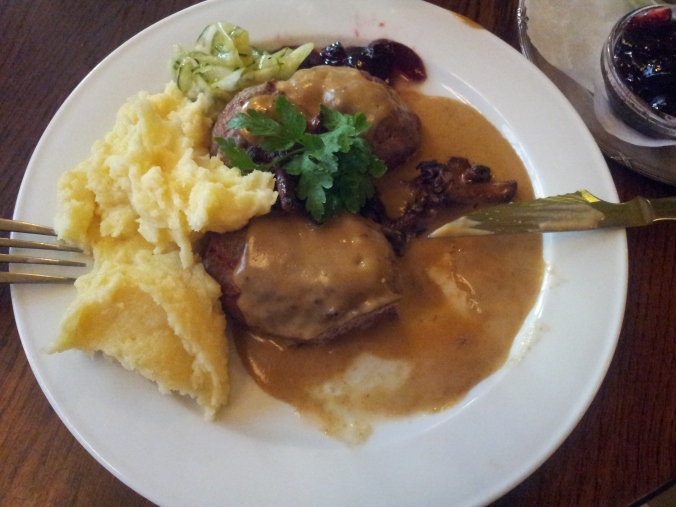 What to see in Stockholm

Vasamuseet (8:30am – 6pm) on Djurgården island is a maritime museum that houses the 17th century ship the Vasa. The ship sank on its maiden voyage in 1628 and is almost entirely intact. It’s a fascinating artefact to see, especially since it’s such a rare find. The rest of the museum displays archaeological finds from the Vasa and other Swedish war ships. The museum entrance includes guided tours in a variety of languages. 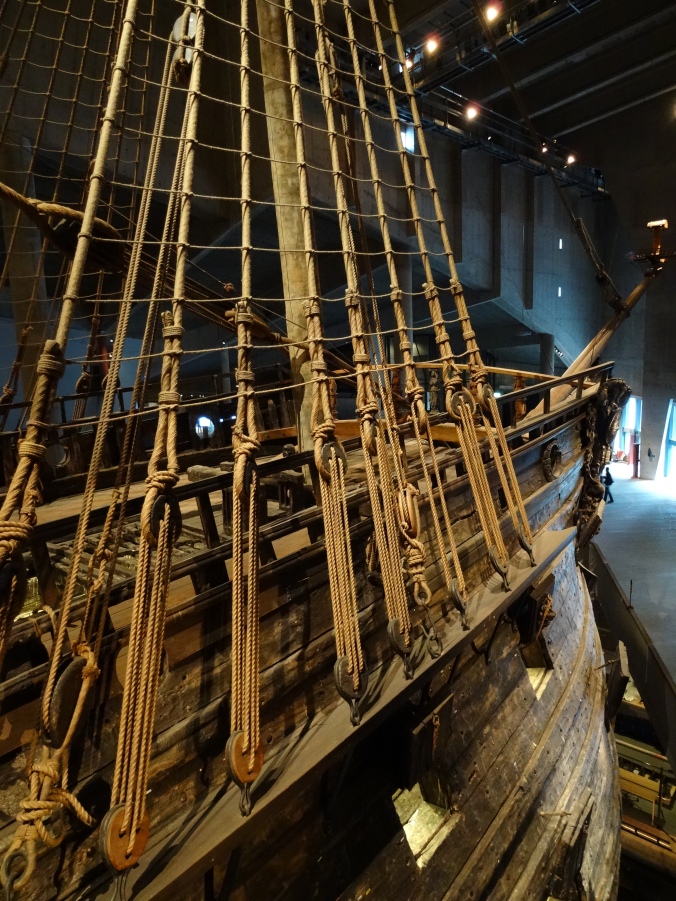 Visit the world’s first open-air museum, Skansen, which was built in the late 19th century to display pre-industrial revolution ways of life across Sweden.  It’s founder, Artur Hazelius bought over 100 houses from across Sweden and had them shipped piece by piece to Skansen in order to preserve examples of traditional Swedish life. It’s fascinating to see all of this in one place, including 16th century farmhouses. 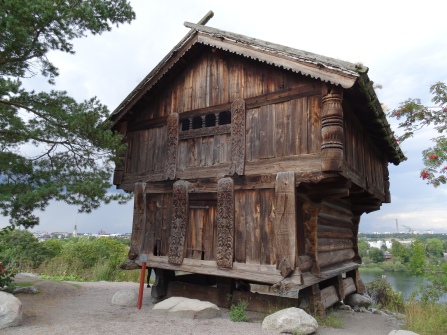 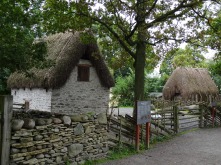 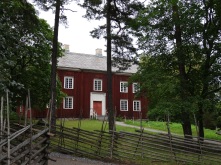 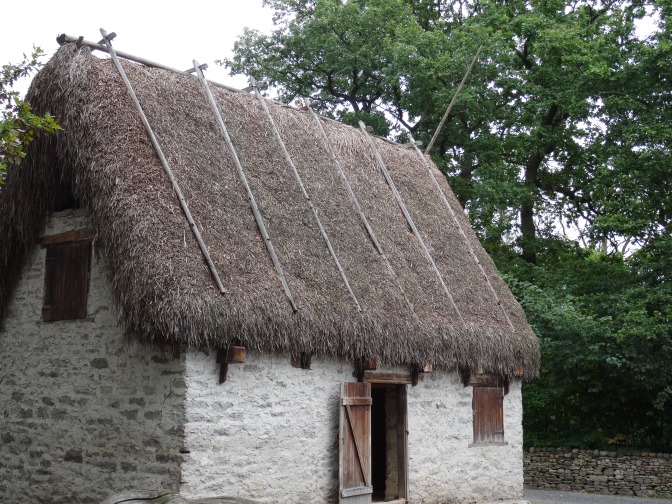 Skansen also houses a zoo where you can see lynx, wolves, bears, wolverines and more. I’m not a fan of zoos but the animals here appeared remarkably well kept and went about their business without paying much attention to the visitors. 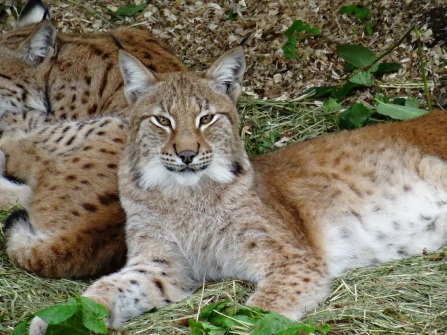 A lynx at Skansen 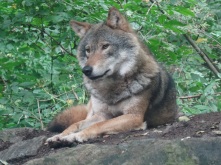 A wolf at Skansen 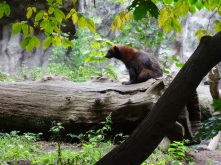 A wolverine at Skansen 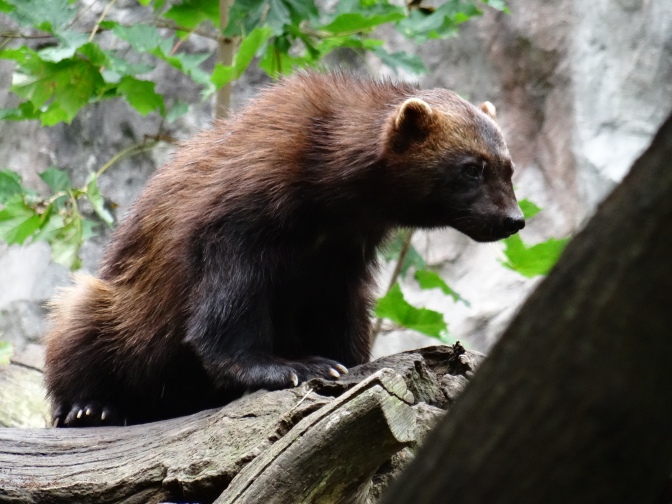 A wolverine at Skansen

Head to tiny Bakficken for lunch (it only has 28 covers) for Scandinavian / European food. 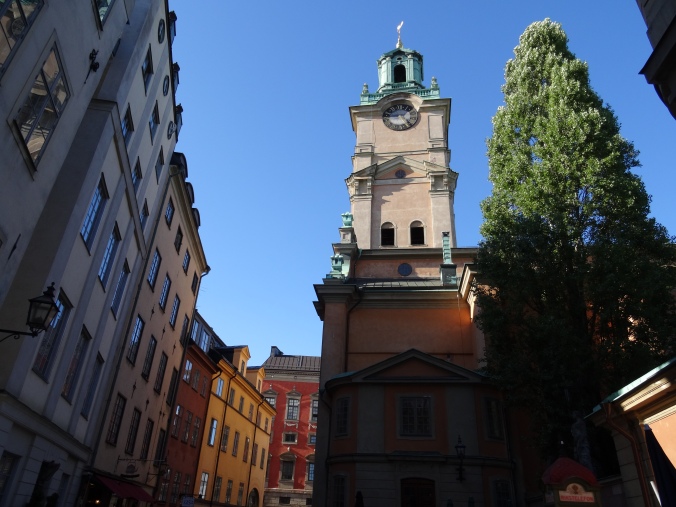 Wander Gamla Stan and take in the sights including Stockholm’s cathedral (Storkyrkan), Stortorget (‘The Big Square”) Stockholm’s oldest square in the centre of Gamla Stan. In the square you’ll also find the Nobelmuseet (11am – 8pm) which tells the history of the Nobel Prize and its found, Alfred Nobel. There isn’t a huge amount of substance to the collection, but there are some interesting artefacts on display. If I was going to miss something out of my itinerary to save time, it would probably be this.

You can also see Stockholm’s narrowest street, Mårten Trotzigs grand, which at its smallest point is just 90cm across. 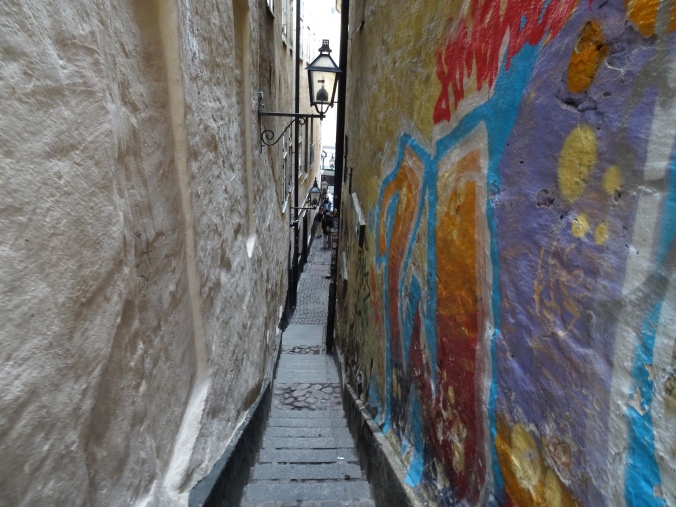 While in Gamla Stan, grab dinner at Kryp In before heading back to your hotel for the evening. If the weather is nice, find a square to enjoy a beer.

Start the day by exploring the photography exhibits at Fotografiska (9am – 11pm). This turned out to be one of my favourite things in Stockholm (perhaps second to Skasen, which I found utterly fascinating). It doesn’t have a permanent collection so everything you see is an exhibition. The building is a former customs house built in 1906 in the Art Nouveau style. 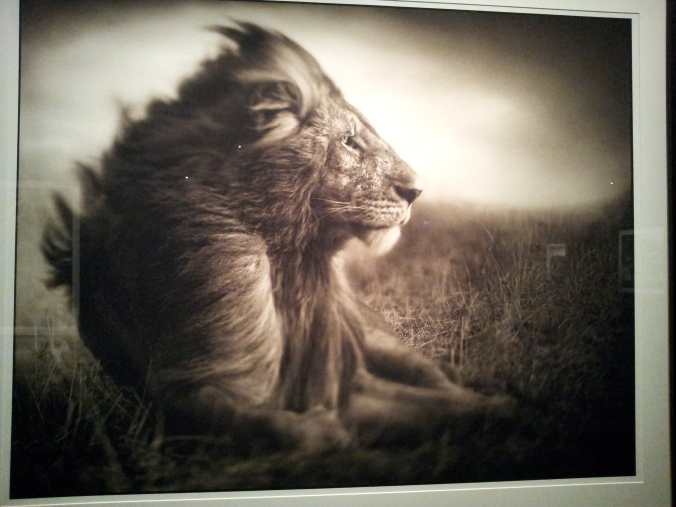 Have your fill of meatballs for lunch at trendy Meatballs for the People then head back across town  (if you still have the energy!) to the Nationalmuseum (11am – 5pm) which houses drawings, paintings, sculpture and other decorative arts including a Rembrandt and a good 17th century Dutch collection.

If you fancy a mid afternoon snack (and even if you don’t) then head to the Östermalms Saluhall to see traditional foods and drink for sale.

For some fund after a couple of days of sightseeing check out Grona Lund (check their website for up to date opening hours), Stockholm’s answer to Disney, where you can ride rollercoasters and other rides. Finish your evening with traditional food at Pelikan. 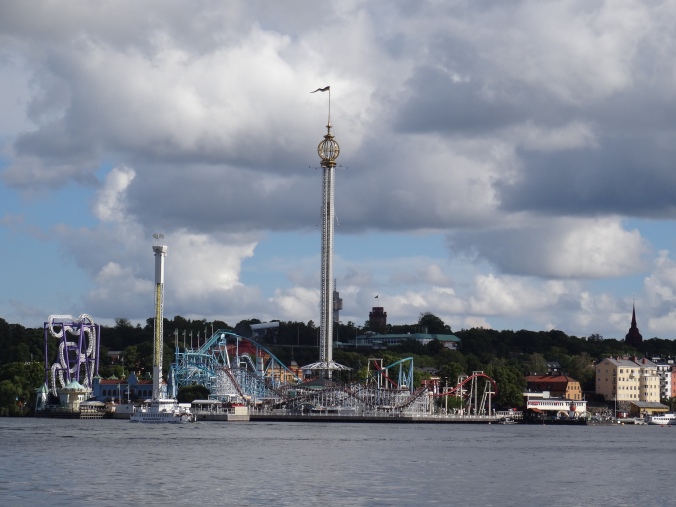