The day’s route from from our lodgings in tiny Buhalnița, Neamț to the lively spa town of Sovata:

After a really heavy thunderstorm in the evening and overnight, it was a fresh morning on the lake.  After an omelette that was more bacon than egg (turns out you can have too much of a good thing), we decided to leave early and head to our next destination.

I had originally imagined staying the day at the lake for swimming and sunbathing, but the accommodation turned out to be rather shabby and less well equipped than I had expected so we decided to take our chances at our next stop, the town of Sovata. The views from our hotel, however, were amazing despite the sorry state of the interior. It was set back about 100m from the lake and perched on the steep hill that led down to the water. 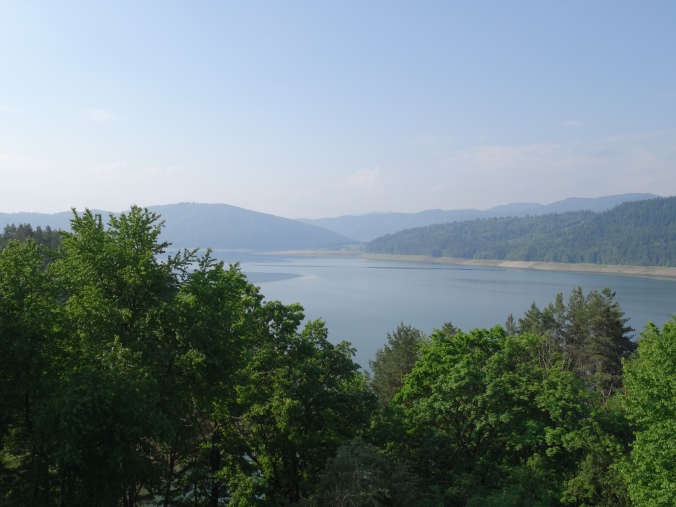 Panoramic view of the man made Lake Izvorul Muntelui from our lodgings, Neamt County

An unexpected bonus of our route through Lacul Bicaz to Sovata was the scenery through the Bicaz Gorges. I hadn’t planned this at all and was unaware of their existence until we started our journey and I leafed through the guidebook to see what we might pass on the way.

The Bicaz Gorges are not to be missed. Impossibly high sheer cliffs rise up on each side of you through a series of hair pin bends. Pine trees somehow cling to the rocks in patches and some of the rocks form overhangs across the road forming half of an arch (the so called “Neck of Hell”). We had to keep stopping to take photos, it was such a dramatic drive and I was so glad to have accidentally found it.

The towering and overhanging rocks in the Bicaz Gorge 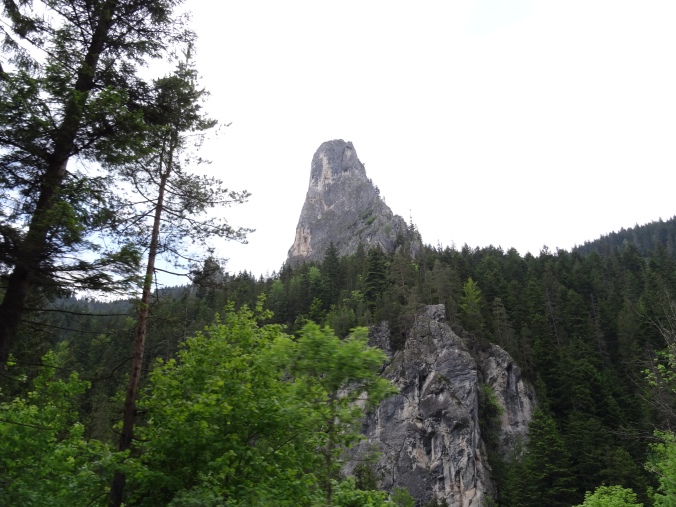 After the rocky gorges, the landscape starts to flatten out into plains full of meadow. It was a slightly odd feeling after several days of steep and winding mountains to drive on a straight, flat road lined only with flowers and storks’ nests. 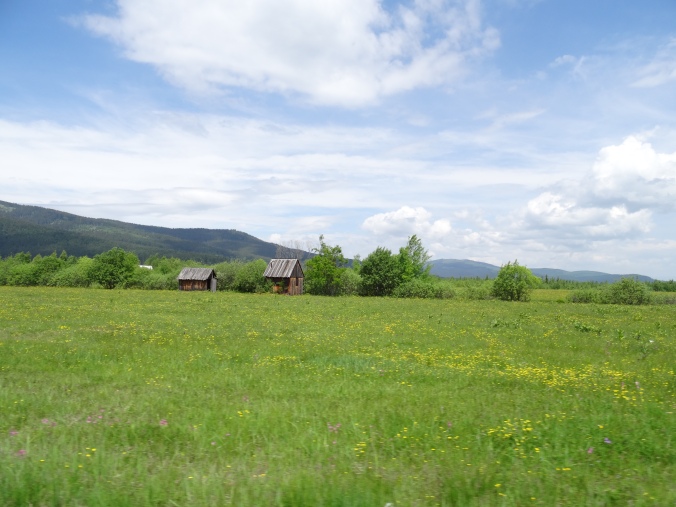 Sovata is more or less bang in the centre of the country and is a holiday town for Romanians and other Europeans  (although it did not appear to be an area frequented by Brits). It contains Europe’s largest heliothermic lake, Lacul Ursu (‘Bear Lake’). The effect apparently occurs when the salt in the lake (which comes from the surrounding earth) settled to the bottom leaving a few inches of water at the top which acts as lens heating up the water in the lake.

Sadly the lake was closed until ‘proper summer’ (even tho it was already 24 degrees…enough for any Brit to swim in). The alternative was the lakes that are open year round including a dirty brown lake full of healing salt and other elements (or mud and leaves) which an older chap in Speedos was enjoying.

There are lots of nature trails around the lakes and hills in the area with viewing platforms, exercise equipment and information boards about the local floral and fauna, which makes it a pleasant place to spend the day wandering around with plenty to keep children entertained. It’s mostly shaded under trees so it’s pleasant even when hot.

One of the smaller lakes in Sovata

Dinner was in the restaurant Ciuperca Mica Kicsi Gomba (which I believe means ‘the little mushroom’), which was well rated on tripadvisor and overlooks Bear Lake.  We had a pretty decent meal there (although nothing amazing); soup followed by a salmon fillet on a bed of rocket and lambs lettuce washed down with a Timisoreana beer. The bill for two courses and a beer each was about 16 pounds.

I watched the sun  set over the mountains from the balcony of Hotel Relax Sovata. A nice clean, good value hotel with a smart bathroom. Shame there was building work going on (from before 7am!) Right outside the hotel. The position is good, hanging above Sovata which gives you a 10 to 15 minute walk down into town, but it’s quite steep on the way back up. 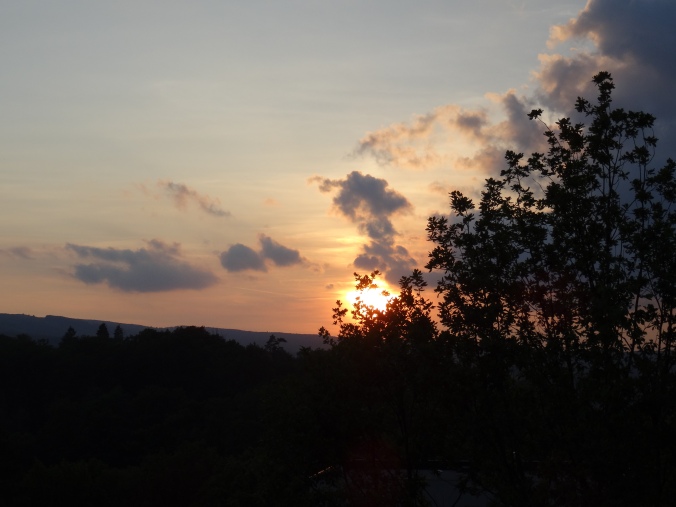 I thoroughly enjoyed Sovata and could imagine spending a few days there.  It would make a good rest stop on a longer road trip round Romania to have some time off driving.  It also gives you an interesting insight into a Romania “seaside” town.