After bumping back down the gravel track from tiny Măgura, we headed to Bran Castle. Despite only tangential associations with Vlad the Impaler, the castle is general known as ‘Dracula castle’ and there are all manner of themed restaurants and gift shops outside the gates.

Bran came as rather a culture shock after several days touring the Romanian countryside. Due to the relative ease of access for tourists arriving in Bucharest, Bran is mobbed by bus loads of tourists swarming around its narrow corridors. I can see how it might have been a rather interesting visit under different conditions but I did find the crowds rather overwhelming as we were effectively having to stand in a long queue to get into the next room.

The castle has a long and chequered history, having changed hands multiple times and being used as a fortress, a residence and as a WWII hospital during its time.

It’s nice to visit a Romanian castle but for me the crowds really did ruin it. Once we got o Rasnov, a bigger and more imposing fortress, I was excited to see something rather more gritty and less Disney does medieval, but finding the car park solid with cars and even busier than Bran, we decided to skip it.

Perhaps coming earlier in the day or a different time of year would have helped, but unfortunately I don’t like to be bothered with crowds and queuing on holiday (probably a side effect of living in London) so we decided to cut our losses and move on. 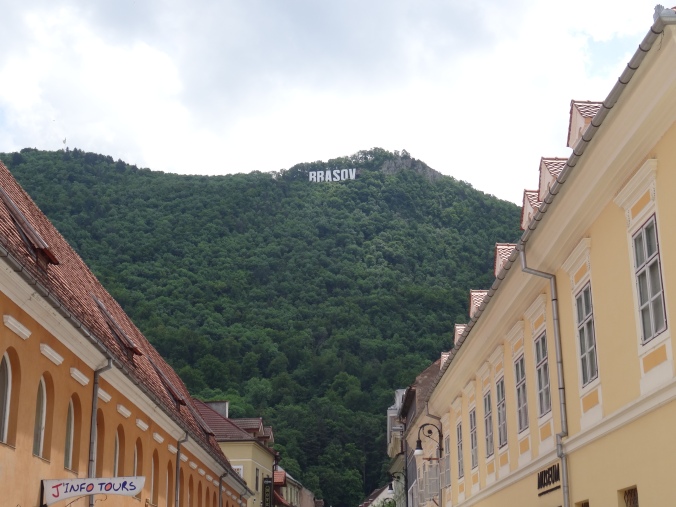 Brașov is an extremely pretty town, which I would have happily spent a couple of days in rather than a couple of hours. It announces itself with a giant Hollywood-esque sign (and do a few other landmarks in Romania). We found a parking space near the centre and wandered around the Black Church and main square, taking in the baroque architecture.

The Black Church was build in the 14th century in the Gothic style, has a six tonne bell (the largest in Romania) and a 4,000 pipe organ. After a fresh pineapple juice on the square, we were back in the car and on our way to the penultimate stop of the journey to Curtea de Arges.

Once again we were treated to stunning scenery on the three hour drive winding up and down mountains, at one point driving along what appeared to be the ridge of a mountain with views to both sides. We took our time and stopped frequently to admire the views and watch local life carry on around us, with cow herders tending to stray cattle in the hills and locals making hay in the villages. 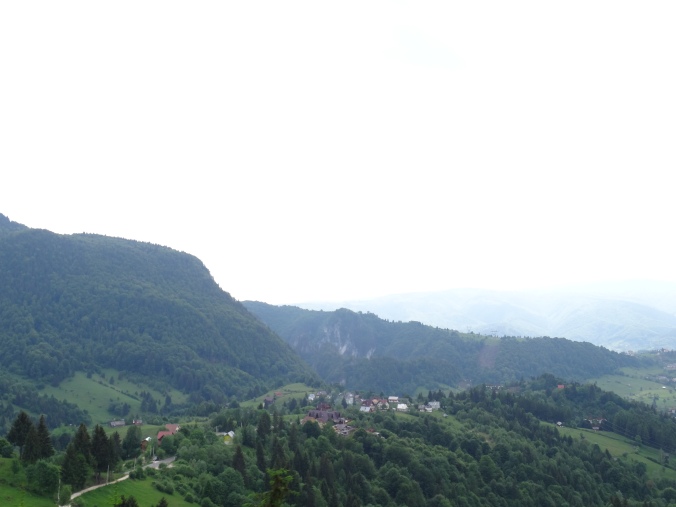 Somewhere between Argeș and Brașov counties

We arrived late into Curtea de Arges and headed straight for dinner, some super tough fried chicken. Moving onto a bar we were asked to sample new unpasteurised Timisoreana beer for free, which we gladly accepted!